Campers Guide to Limiting Beliefs & The Power of When

Home > Newsletter > Campers Guide to Limiting Beliefs & The Power of When

What’s tying down your Business Success?

Caroline Love’s time camping in a storm brought up an interesting analogy of her Tent Pegs and the limiting beliefs that may be holding you and your business success down.

Recently I was camping with a friend and the weather was pretty atrocious. We had a tiny tent which as you’d expect was pegged to the ground using guy ropes and tent pegs. The wind was howling around our tent and to be honest I was surprised to find it still in the same place when we returned from a day out.

The only things holding the tent down were the guy ropes which were pretty flimsy in some cases. However, there is strength in numbers and the tents were being held down by several cords at once.

In a quiet moment I was looking at the guy ropes and a thought came to my mind. With the strong winds providing momentum and the tents ready to fly, the flimsy guy ropes were the only thing holding them back. As a coach I couldn’t help but draw an analogy with what holds us back from taking off and soaring towards our goals. The guy ropes for us are those little things – or limiting beliefs, which hold us back.

Some of the things which hold us back are small beliefs which limit our ability to fly and some are great big whoppers!

Our limiting beliefs have their roots in our history. They are given to us by those around us, perhaps people from our childhood. For example we may have been told we’re shy, not good at something or too loud. We may also have formed limiting beliefs by over generalising something that happened, seeing it as a characteristic of a group of people rather than of one person. If we have often repeated these beliefs to ourselves, consciously or unconsciously they have a huge effect on the way we perceive our world. They can prevent us making progress in so many ways.

Now the tents had several ropes holding them down but if they had been loosened one by one there would eventually have been a time when the tent had no option but to fly.

So what’s holding you back? What are the individual ‘guy ropes’ which are keeping you and your business from taking off? Do you have beliefs from your childhood which just don’t suit you anymore? What do you need to let go of one by one in order to fly towards your goals?

For the full article head to: Your Time to Flourish: Limiting Beliefs Holding Your Business Back/

Book – Power of When

Sophia Mulvany has suggested The Power of When by Dr Michael Breus. It looks at the best time in the day to do everything, from waking up, to eating, even drinking a cocktail and getting a flu jab. It provides a quiz to find out which of the four types you are, and how this affects your body clock, so you can work with it to achieve maximum health and productivity.

“This book delves into chronotypes, which is a person’s behavioural manifestation towards an underlying circadian rhythm. Allowing you to know the best time of day to focus on different tasks. It has revolutionised the way I focus on tasks, by giving me creative time to write blogs in the morning, whilst having time to learn something new in the afternoon and social time when my mood is at its best in the evening.”

Give it a try yourself to find out if you are a Dolphin, Lion, Wolf or Bear >>

Saving Your Time & Money – Tuesday 26th September – This workshop could potentially cover its cost many times over. Finding time to sort the numbers in your business can be hard – but they are critical to making sure you are working on the right things in your business. Find out where the money is going, stop any leaks, and identify where to spend it better to get more return on your investment.

Workshops are open to members and guests – & not just women 🙂

Book your place now. Links are below.

We are currently not running any meetings, for further details see our facebook page

Have a great weekend

"I joined Metis Women a couple of years ago as a novice networker. From the first meeting I felt at ease as it was such a welcoming supportive environment. They give a great mix of networking and business education that gives your business real meaningful improvement that actually resulted in me having my best year in business last year." 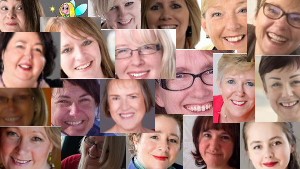